Digital renminbi is piloted in many places, and QR code and one-touch multiple payment methods provi

Recently, Beijing, Shanghai, Suzhou, Sanya, Xi'an and other places have heard the latest developments in digital RMB pilot projects. The 4th Digital China Construction Achievements Exhibition, which was recently closed, was the first time to fully publicly display the results of digital RMB applications, showing the new trend of giants entering the game one after another. As recently as April, the supervisory authorities made multiple announcements to disclose the latest progress of the digital RMB pilot program.

Repeatedly "stride" pilots, and a piece of the latest news, all foretelling the acceleration of the digital renminbi to "fly into the homes of ordinary people."

Expand pilot scenarios in many places

On the evening of April 28, the news of Beijing's welcoming digital renminbi pilot program once again ignited the enthusiasm of the citizens. According to the news released by the WeChat official account of "Capital Finance", the "Beijing Color Struggle Digital Carnival" Beijing Consumption Season Digital RMB pilot activity will start soon. The activity will be co-hosted by Beijing City Sub-center, Dongcheng District, Chaoyang District, Haidian District, and Shijingshan District. ，Combined with the consumption season, focus on the Beijing Winter Olympics food, housing, transportation, travel, shopping, entertainment, information and other scenes, and carry out digital RMB consumption experience in many core business districts of the city.

As early as February this year, the digital RMB pilot activity of the "Digital Wangfujing Ice and Snow Shopping Festival" was launched in Beijing. This is the first time that the digital RMB experience has been opened to citizens on such a large scale and grounded in combination with the five-zone linkage pilot in the consumption season.

On April 29th, "Fighting the epidemic, caring for people's livelihood, and paying tribute to the workers"-Digital RMB Demonstration Zone Experience Day in Yanta District, Xi'an City was held. According to the "Xi'an Release", the digital renminbi has been fully applied in Xi'an's cultural tourism, people's livelihood services, university campuses, commercial chains, demonstration blocks and other fields, and innovation pilots have also achieved multiple breakthroughs. It is understood that as of April 23, 2021, Xi'an has officially put into production 43,200 application scenarios.

Among them, Yanta District will follow the "7+1" model to build a digital RMB comprehensive demonstration zone plan, that is, by the end of 2021, the digital RMB will be implemented in the district’s financial support units for salary payment, financial subsidies, tax collection, party dues payment, cultural Seven areas including tourism, public transportation, and business district acceptance are 100% covered, and there are 10,000 merchants in various digital RMB consumption scenarios.

All over the country, there are constant new news about digital RMB pilot projects. The 2021 National Consumption Promotion Month and the Shanghai “Fifth Five-Year Shopping Festival” will be launched on May 1. Suzhou and Shanghai will carry out cross-regional pilot work of digital renminbi, realize the sharing of digital renminbi consumption scenarios between Shanghai and the Soviet Union, and strengthen the Shanghai and Soviet Union Digital RMB consumption connection between the two places. The digital renminbi red envelope will realize cross-regional payment, which is the first time in the pilot activity.

On April 27, the payment for the first digital RMB tax-free shopping on offshore islands in Sanya Hailv Duty Free City was completed. As the first duty-free shop in the country to use digital renminbi for payment, Sanya Hailu Duty Free City provides a new and safer and more convenient payment method for tourists from outlying islands. This also marks the official start of the use of digital renminbi in Hainan Free Trade Port’s outlying island’s duty-free shopping scene .

The elderly and short-term foreigners in China can receive a digital RMB hardware wallet through a smart phone; a small "badge" that can not only pay, check the health code, and swipe the access control; if there is no Internet, two visual chip cards" "Post a post" to transfer money... At the 4th Digital China Construction Achievements Exhibition, several institutions publicly demonstrated the digital renminbi application scenarios for the first time in the Digital RMB Special Exhibition.

Digital RMB can only be used on mobile phones? The answer is no. Even in an environment where there is no Internet signal, a sports bracelet, a crutches for the elderly, and even a mobile phone case can be collected and paid with one touch. This technology is currently implemented in the digital renminbi pilot. A number of digital renminbi "hard wallets" that are separated from mobile phones have been unveiled during the exhibition. Compared with "soft wallets" such as mobile apps, digital renminbi "hard wallets" can provide a full range of digital data for the elderly and short-term overseas visitors to China. RMB services.

The staff of ICBC demonstrated a "sticky-sticky" transaction in the form of a visual chip card. On this card, there is a small square display screen and digital buttons. The card supports digital RMB collection, payment, and inquiry functions. For example, when a user needs to receive payment, he only needs to enter the payment amount on the card, and then "post a sticker" with the payer's digital RMB hardware wallet to complete the instant payment to the account.

At present, the second-generation digital renminbi shared bicycle has been successfully developed. Users can use the digital renminbi hardware wallet to unlock and ride in a "touch" mode, thereby enhancing the user's travel experience and lowering the threshold for users without mobile phones. The bank has also developed a variety of special-shaped hardware wallets, including elderly crutches, elderly timers, access card holders, large-screen voice broadcast wallets, student watches and other special-shaped hardware wallets.

According to Bank of China, the "Fuxing No. 1" created by it is the country's first smart party building platform to realize the payment of party dues with digital renminbi, and it is also the official cooperative application platform of the People's Bank of China in the field of "digital renminbi" payment for party dues. At present, more than 100,000 digital RMB party dues have been paid.

Tencent, Ant Group, JD Technology, Huawei and other technology companies have all appeared at the Digital RMB Special Exhibition this time. From the perspective of industry insiders, the entry of technology companies one after another will further accelerate the technological exploration and scenario application of digital renminbi.

Among them, JD Technology demonstrated for the first time its pilot application and digital solution of using digital renminbi for employee compensation and B2B (business-to-business) enterprise payment for supply chain partners. In the corporate payment scenario, the corporate procurement scenario solution provided by JD.com, "Yiqipay", currently supports digital renminbi payment, which can solve the complex and recognized offline payment operations of the platform and corporate users without changing the corporate procurement process. The pain point of payment verification is difficult, and transaction efficiency is improved. 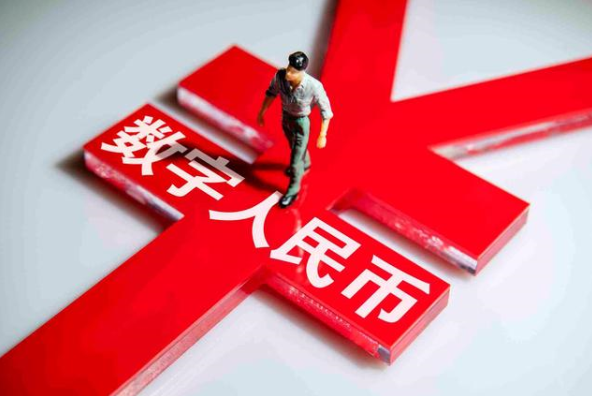 The scope of the pilot project is expected to expand

According to the central bank’s disclosure at the State Council Information Office’s press conference on April 1, by October 2020, six pilot areas of Shanghai, Hainan, Changsha, Xi’an, Qingdao, and Dalian will be added to the digital yuan. In addition to the previous pilot areas such as Shenzhen, Suzhou, Xiong'an New District, Chengdu, and the Beijing Winter Olympics, the digital RMB pilot has formed a "10+1" pattern.

Li Bo, deputy governor of the central bank, stated at the Boao Forum for Asia’s Digital Currency Forum on April 18 that there is no specific timetable for the official launch of the digital renminbi. Improve system security and reliability, and formulate corresponding laws and regulatory systems. The central bank is currently considering expanding the scope of the digital renminbi pilot program in more scenarios and more cities. For example, in the future Beijing Winter Olympics pilot scenario, the digital renminbi will not only be open to domestic users, but also to international users.

It is worth noting that on April 25, Di Gang, deputy director of the Digital Currency Institute of the Central Bank, stated at the Digital Economy Sub-forum of the Fourth Digital China Construction Summit that the digital renminbi is a legal tender issued by the People’s Bank of my country and has legal compensation. No unit or individual within the territory of our country may refuse to accept it if it meets the conditions for acceptance.

The emergence of the digital renminbi may be a surprise for the elders. Di Gang revealed that the design of the digital renminbi meets the needs of publicity and inclusiveness at the same time, and proposes solutions for different groups, such as an elderly card with a visual chip that integrates a health code and a balance display, which can be "touched" and QR code It provides senior citizens with digital renminbi payment experience and social travel convenience.